I’m going to open with an apology.  I know I’ve been very, very quiet lately. Since September, I’ve been busy helping my nephew and his lovely wife take their fashion design business and their new online fashion business course to the next level. Like any new job, there’s just not enough hours in the day. The upside is I get to work with family; especially the younger generation of the family. And that’s always a good thing! 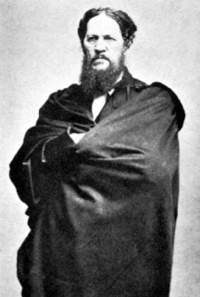 This hiatus is probably coming at the right time too. It’s always a good thing to take a step back from genealogy  from time to time.  To re-group as it were and assess research avenues old and new. There is one story that’s been on the backburner for a while. That’s the story of Josiah Harlan, an American Quaker who was created a prince of Afghanistan (https://en.wikipedia.org/wiki/Josiah_Harlan) . Yep, you read that correctly: an American Quaker who became an Afghani prince. My Harlan ancestors are the gift that just keeps giving.

It’s a story of the First Lady’s new-found connection to white cousins she never knew she had. And vice versa – her newly discovered cousins had no inkling that they were related to African Americans.  It’s a great story about genetic genealogy, a subject you know I’m interested in. DNA has enabled me to discover the identity of a number of white men who fathered a number of my direct mulatto ancestors.

There is one sentence in the article that really stood out.  It was a quote from one of the First Lady’s white cousins: “You really don’t like to face this kind of thing.” She’s referring to the fact that a white ancestor owned slaves and fathered children by one of them. It’s such a decidedly American response – as peculiar as the institution of American slavery itself (and I use the word ‘peculiar’ in its original context, and not the context in which it has become known today). I struggle with the idea that something that is so straightforward should be so complicated. Then again, I’m the archetypal Aquarian – Spock on Star Trek is a perfect example.

I’m not going to diminish the subject of consent, even in a master-slave context. Until relatively recently, whether you were black or white, free or enslaved, women in America were owned and controlled by men. They had zero control over their own lives, much less their own bodies. It’s worth remembering that. I just wanted to get that subject out of the way.

So I’m not dismissing the myriad of ways in which white men fathered children by black women and women of color. It was what it was. That’s another conversation for another day. Rather than get lost in the angst of this, I’ve meet my newly found white cousins as family: be it online or in person. There’s no blame or recriminations or expectations around how we came to be related. I don’t think along those lines. Instead, I think of it like this:  It’s kind of like being adopted and discovering who you are and who you’re related to for the first time. It’s like finding missing puzzle pieces to your identity. As far as I’m aware, because this has always been my mindset when it comes to my family history, it’s been incredibly easy for me to get to know these newly found cousins. Actually, it’s been a joy.

I recognize distinct family traits when they chat about their side of the family. I can say to myself “so that’s where my family gets it from!” I was almost fated to be a lover of politics. I’m descended from a staggering number of US Governors, Congressmen, Senators and State Representatives. I was almost fated to be a global traveller; I follow in the footsteps of a number of ancestors who trekked around the globe. I don’t apologize for being a free-thinker; I follow in the footsteps of some renowned free-thinkers and philosophers. My resilience? I am the son of colonial pioneers as well as free and enslaved people of color who survived and fought to make something of themselves. As for a being a lover of liberty? I’m the child of 3 signers of the Declaration of Independence and numerous Revolutionary War heroes and heroines. DNA was the lock that opened the window into a previously unknown and unsuspected ancestral past.

Of course there are some white relations, notably in the deep American south, who aren’t happy that they are related to people of color. That’s their right. And that’s their loss. They aren’t ready yet. I get that so I leave them to it.

People can make things as easy or as complicated as they want to. What I do hope is that DNA testing will allow Americans to reassess their relationship to the fake concept of race, and all of the baggage we’ve burdened ourselves with and carried for far too long.

While I am on hiatus, you can follow my Genealogy Adventures Facebook Page. I’m still regularly sharing interesting articles and family history research videos that I come across: https://www.facebook.com/genealogyadventuresusa

This site uses Akismet to reduce spam. Learn how your comment data is processed.